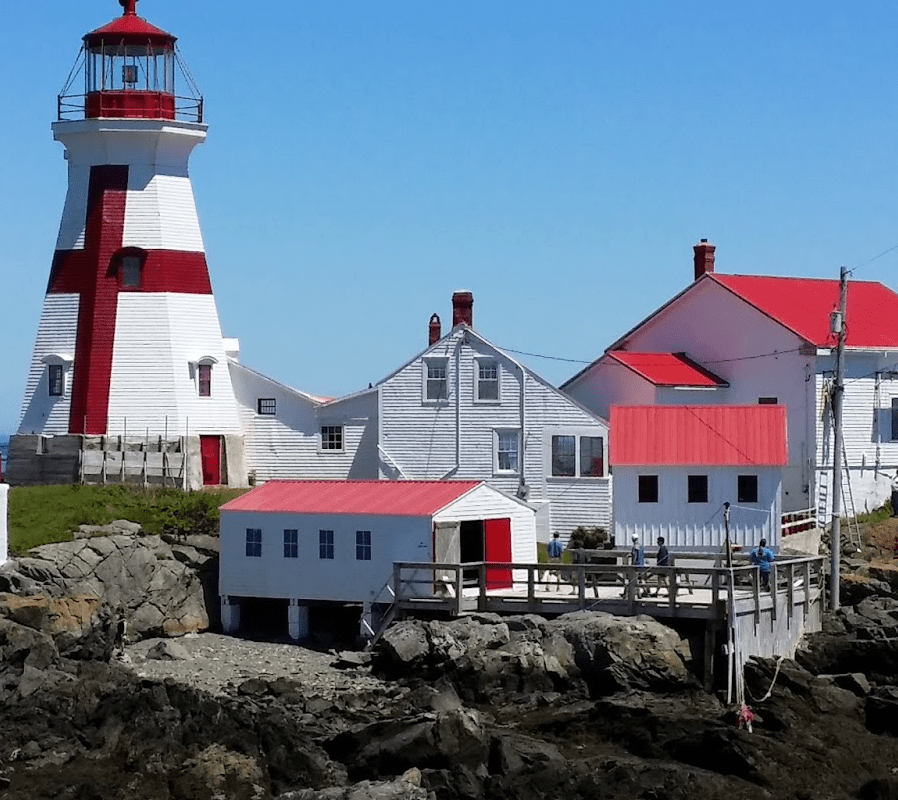 How a group of youth on Campobello Island are leading the way on climate solutions, and why we need a focus on solutions.

I arrived at Lord’s Cove on Deer Island to meet Chris Pendleton, a retired fisherman and a licensed captain with a private yacht. He offered to take me to Campobello Island and back. Chris was born and raised on Campobello Island. His father was a fisherman and Chris became one too. He worked in offshore fishing for a long time, worked in Maine as a captain for several years, returned, and continued to fish: “Offshore fishing is a whole different game. You got out for a week, catch a boat full of fish, sell them in Nova Scotia, go out for another week, and sell them in New Brunswick, and come home for a weekend, then it happens all over again.”

As we sailed to the Island, he pointed out many of the small islands and their stories. Along the route, there were many lobster traps, salmon farms, and herring nets in the ocean. I saw a grey seal, great blue heron, and an eagle pass by. It was a sight to behold. It took my breath away.

When I got to the harbour at Wilson’s Beach, the tide was deep below the ground, so I had to climb a ladder up to the ground and rope my luggage to pull them up to the ground. Next to the harbour was a collapsed fish factory that processed cod, haddock, pollock, and other large white fish back in the 70s. Chris said that the fish stock had decreased substantially in the Bay of Fundy because of overfishing, ocean pollution, and ocean warming.

“Overfishing was certainly a reason. People caught every fish possible and were there a lot of fish. I was blessed to have seen the waters with so much fish. Now there’s not that much more left. Ocean pollution was a big reason. Companies were caught throwing toxic chemicals in oil drums into the Atlantic ocean west of Germany back in the 70s and the oil drum caused rust and eventually, the toxins came out, and killed all the fish. Ocean warming is now an even bigger reason. Just by half-degree or one-degree celsius increase, you see the fish stock moving somewhere else. If the fish move outside of where you’re allowed to fish or if the fish move to another country’s waters, then you can’t fish that.”

The concern over climate change isn’t just felt by the adults. When I visited the students in Campobello, everyone saw climate change as a serious problem. But, on Campobello Island, the youth are leading the way. Students have led initiatives on cleaning ocean plastics and growing hydroponics food towers powered by solar panels. For example, there was an article last year on the enormous amounts of garbage on Campobello Island. In response, it was the students at Campobello and an Ontario high school that came together to clean up the entire island for two months over the summer! Students also expressed interest in doing an energy audit to conserve energy with energy efficiency measures and possibly install solar panels. Being on the island and having only one gas station, they think wind and solar can power the entire island. I agree!

As the youth of Campobello Island prove: The leaders of tomorrow are already in our schools. Let’s engage them to create the future we want. Together.